The TakeawayNurture a More Cohesive Team Through Personality Profiling

Considerations for an Improved Workplace Culture

[Free Webinar] Sign up for our free 'Learning to Say ‘No’ to Further Your Career' webinar!

This webinar will cover what is stopping you from saying no, a four-step approach to saying no, creating a practical plan as to how you will put this into action, and the benefits you gain from saying no. 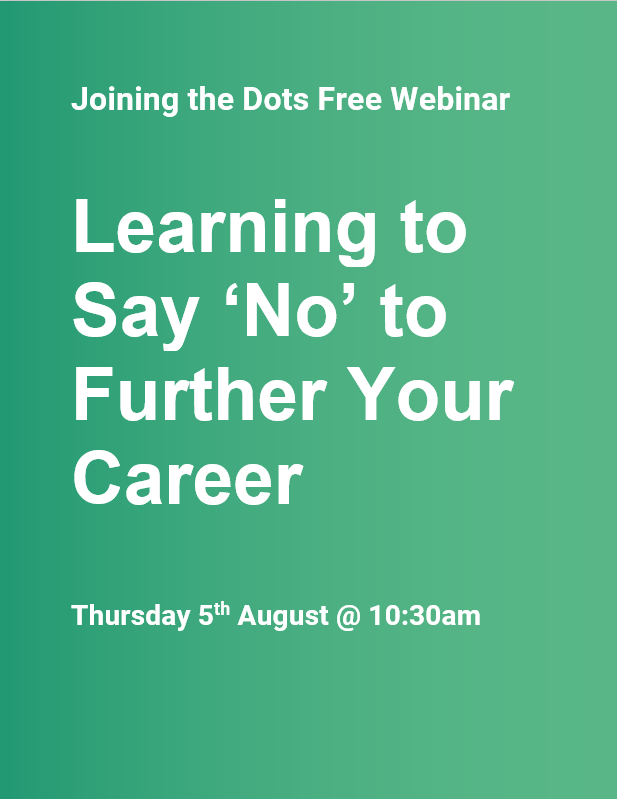 Have you ever found yourself getting frustrated that the people around you don’t seem to think or behave the same way as you do?

More often than not, this is the result of a lack of understanding of others’ personalities and preferred ways of working. Having an understanding of the people around us and why they communicate, interact, and work the way they do is critical for improving workplace culture and avoiding team conflict.

Trying to understand how other people’s minds work can be extremely complex. However, personality profiling can make the process much simpler.

What is Personality Profiling?

Personality profiling is a fantastic tool that you can use to gain better insight into and a better understanding of your colleagues’ behaviours.

It isn’t about identifying an ‘ideal’ type of personality, but rather understanding the strengths and weaknesses of the different types - no one personality type is better than the other, there is no right and wrong.

Personality profiling has been gaining popularity over many years - studies show that 60% of staff are now asked to take personality tests at work, indicating that employers have found true value in the exercise.

There are countless different personality profiling tools and tests to choose from, including:

How We Used DISC at Nine Dots

In last month’s team day here at Nine Dots, one of our aims was to bring our team closer together, and we achieved this by carrying out a DISC profiling exercise.

DISC stands for Dominance, Influence, Steadiness, and Compliance. The questionnaire asks each team member a variety of questions and then, based on their answers, they are given a ‘rating’ for each of the 4 characteristics above. Based on their most prominent characteristic, they are then assigned a personality type.

Within our team, we found that we had a wide range of different personality types and, thanks to DISC, we came away from the team day with a much better understanding of each other and a list of action points to improve the way we work together.

Whilst personality profiling is relatively simple, there are a few common mistakes to be aware of and avoid, including:

What Are the Benefits of Understanding Each Others’ Personality Types?

Understanding each others’ personality types brings teams a multitude of benefits, including:

Understanding each others’ differences and similarities and ways of working is especially important for growing teams to ensure that the right people are working together and that all employees are performing to their full potential.

As we mentioned in the previous section of this article, it’s crucial to actually act on the findings of any personality assessments your staff complete. This could involve adapting:

How Personality Profiling Can Help You Say No

A large part of personality profiling is understanding your own and others’ preferred communication styles. Knowing how to communicate with people in a way that suits them can make it much easier to say ‘no’ to their requests as it allows you to say it in a way that will be perceived well by them.

On the contrary, if somebody has a very good understanding of your personality type, they may be able to ‘sell’ tasks to you in an extremely persuasive way, making it very difficult for you to say ‘no’.  It’s important to have a framework for and be confident in saying ‘no’ to people, regardless of how well they ‘sell’ the task to you.

If you struggle with saying ‘no’, our free “Learning to Say ‘No’ to Further Your Career” webinar at 10:30am on Thursday 5th August 2021 could help.

This webinar will cover:

Next time on The Daily Dot, we will be looking at the importance of active listening and how you can ensure that you truly listen to those around you.

[Free Webinar] Sign up for our free 'Learning to Say ‘No’ to Further Your Career' webinar!

This webinar will cover what is stopping you from saying no, a four-step approach to saying no, creating a practical plan as to how you will put this into action, and the benefits you gain from saying no.

Missed an article? More from Considerations for an Improved Workplace Culture