The TakeawayHow to Avoid Getting Trapped in the Dreaded Drama Triangle

[Free Webinar] How to Build Better Relationships by Demonstrating Trust

If you’re looking to improve trust in your workplace, our free ‘How to Build Better Relationships by Demonstrating Trust’ webinar at 10:30am on Thursday 16th September 2021 would be perfect for you. 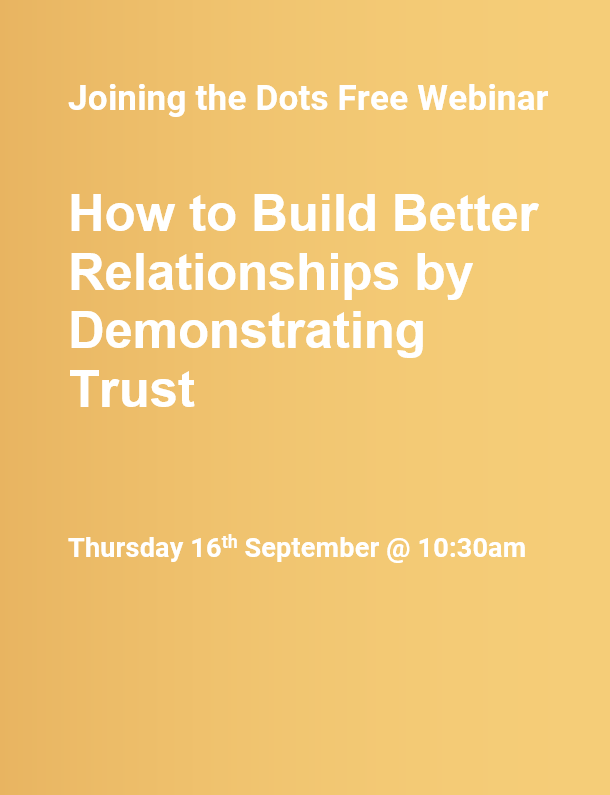 Part 2 5 Simple Strategies to Deal with Confrontation and Conflict

Part 3 Dealing with the 4 Types of Behaviour During Conflict

How to Avoid Getting Trapped in the Dreaded Drama Triangle

The human mind is incredibly complex and we often find ourselves doing things subconsciously  - including playing mind games.

The Drama Triangle is one of many subconscious games that people tend to play at work, and it can have a detrimental effect on working relationships and cause unnecessary conflict.

What is the Drama Triangle?

The Drama Triangle, created by Steven Karpman, is a social model of human interaction and depicts the 3 roles people play during conflict.

During conflict, people constantly switch between these three roles: 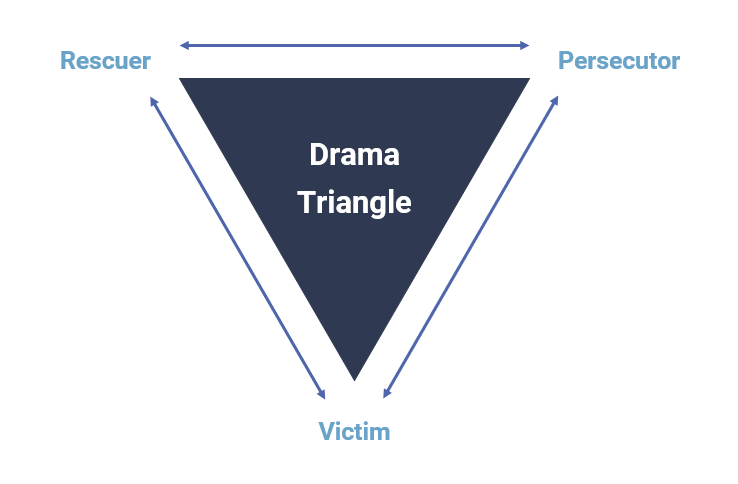 The persecutor dominates the victim and is confronted by the rescuer.

Persecutors are likely to be aggressive, which is what elicits a reaction from the rescuer and can make the victim feel powerless. Instead of trying to address the issue in a calm, professional manner, the persecutor typically becomes accusatory and can over-step social boundaries, escalating the conflict and even making it feel like a personal attack by mentioning previous, already-resolved conflicts.

The rescuer saves the victim by confronting the persecutor.

At times rescuers are likely to utilise passive-aggressive behaviour, which is why the rescuer then typically goes on to become the persecutor and makes the situation even worse. Usually, rescuers have the victim’s best interest at heart and are just trying to help; however, they sometimes have an ulterior motive and are just trying to assert dominance over the prosecutor and gain popularity among peers. 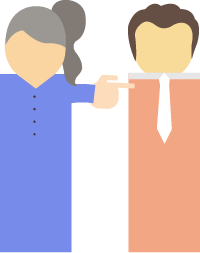 The victim is dominated by the persecutor and saved by the rescuer.

Victims are typically passive during conflict as the persecutor’s aggressive approach can make them feel like they can’t stand up for themselves, which is why rescuers feel the need to get involved.

The Drama Triangle is an infinite, destructive cycle. This ‘game’ is typically played over a long period of time and can create a very dysfunctional social dynamic within the workplace.

To help contextualise this game and show how easy it is to accidentally fall into the trap of getting unnecessarily involved in conflict, here is a typical workplace example:

This cycle continues as the three individuals switch between the different roles and jump to each others’ defence, prolonging the conflict much longer than necessary.

Why and How You Should Avoid the Drama Triangle

The constant switching between roles and which ‘side’ people are on makes the game very emotive, confusing and frustrating. Instead, it’s best to avoid these ‘office politics’ and remain cool, calm, and collected. Not only does this save you a great deal of stress, annoyance, and time, it also gains you a reputation of being the voice of reasoning, which is a quality that every leader should strive to develop.

Whilst many of us like to help people, especially if they have helped us previously and we feel like we owe them, and be the ‘hero’ in situations, it’s often best to stay out of the conflict unless you’re asked for help.

Now that you’re aware of this otherwise-subconscious game, you can easily spot it being played and simply choose not to participate in this dysfunctional cycle. 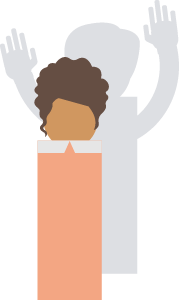 If you are directly faced with conflict and can’t simply say ‘no’ to getting involved, you should seek to understand the situation and then find a resolution, rather than seeking to simply persecute somebody.

“Leaders are more powerful role models when they learn than when they teach”
Harvard Business School Professor, Rosabeth Moss Kantor

Being able to challenge the Drama Triangle and, in transactional analysis terms, behaving like an adult, comes with an element of building and keeping the trust of your colleagues, staff, and managers.

Team dynamics built on trust are much more functional, healthy, and effective.

If you struggle to build trusting working relationships, our free ‘How to Build Better Relationships by Demonstrating Trust’ webinar at 10:30 am on Thursday 16th September 2021 would be perfect for you! This webinar explores what trust is, how to build it, and how to better demonstrate it.

For more information and to sign up for this free webinar by clicking here or following the link below.

We hope to see you on the webinar!

[Free Webinar] How to Build Better Relationships by Demonstrating Trust

If you’re looking to improve trust in your workplace, our free ‘How to Build Better Relationships by Demonstrating Trust’ webinar at 10:30am on Thursday 16th September 2021 would be perfect for you.

Part 2 5 Simple Strategies to Deal with Confrontation and Conflict

Part 3 Dealing with the 4 Types of Behaviour During Conflict